All staff at Family Gateway have lived experience of the issues they tackle, including Strategic Director, Pauline Wonders.

Why did you choose to partner with Key Fund?

“I was one of six children in a little mining village, squeezed in a council house,” Pauline said. “By the end of the week, it was often sugar or tomato ketchup sandwiches.” Determined to escape that life, she trained as an accountant, rising to Deputy Director of Finance at Newcastle-upon-Tyne Hospitals, managing a £285m budget.

As part of the council’s child anti-poverty unit innovation pilots, she put together a proposal on the Barefoot Professional model, where staff have lived experience. In the pilot, they trained local parents who had overcome difficulties, from homelessness to domestic abuse.

After two years, funding ended. The outcomes were too good to ignore; she suggested it continued as a charity. In 2011, Family Gateway was established.

With salaries underwritten by the council for a year, it had to become selfsufficient. It added a community hub, cafe and catering business, contributing to an annual turnover of up to a million pounds.

In a year we’ve delivered over 72,000 free meals made at our premises, chilled and delivered to families, with bags of fresh fruit and vegetables. 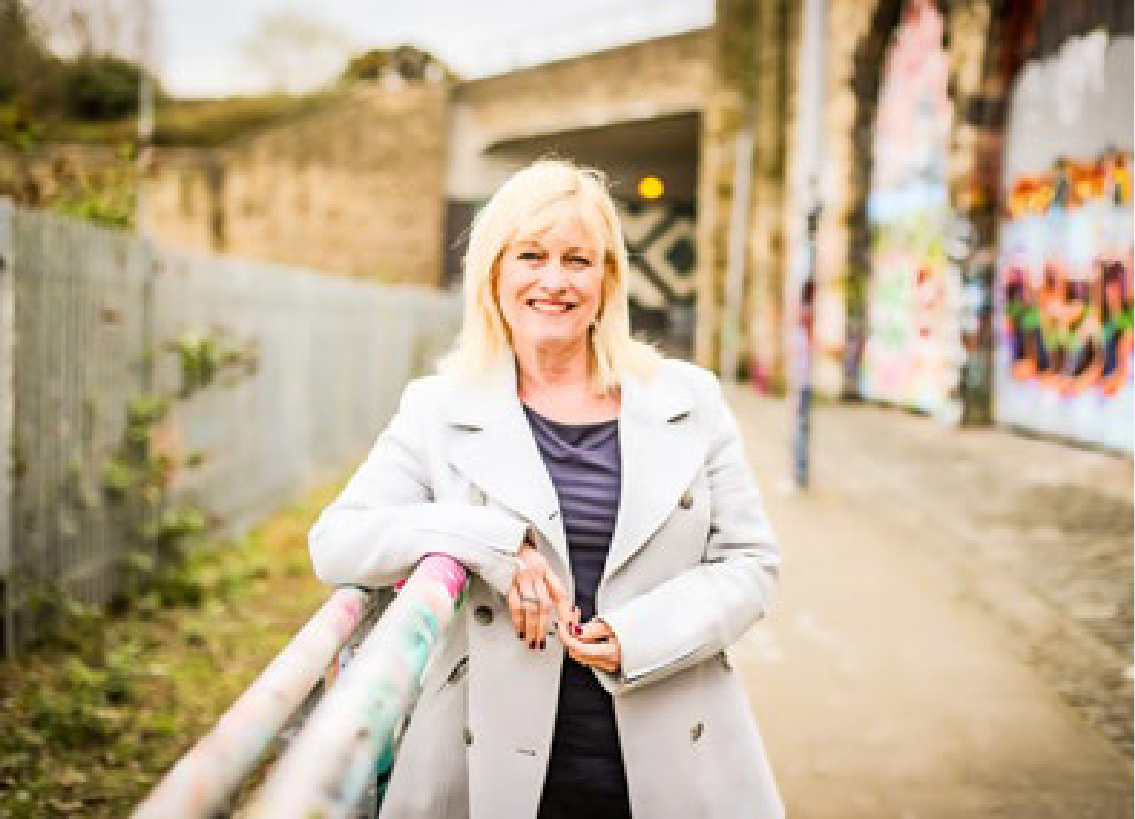 Its 27-strong staff provide intensive support to 350 marginalised families a year, with multiple and complex needs at risk of crime, eviction or having their children taken away.

“A lot of these families have been let down by services. The ultimate objective is to get the parents into work, but there’s a lot of pre-employability work to do first.”

Income comes from schools who pay them to engage children who don’t attend, grants and trading.

“The social enterprise was just starting to pick up before Covid, with corporate clients, regular footfall and a takeaway.”

They used their facilities to offer a free family meal service, kickstarted with donations.

“In a year we’ve delivered over 72,000 free meals made at our premises, chilled and delivered to families, with bags of fresh fruit and vegetables.”

Delivering meals was also a way to do welfare checks. The team also used WhatsApp and video calls to keep engagement.

“I want it to be the best catering social enterprise in the North East,” Pauline said. Her aim is for children in poverty to pick vegetables from their garden and get interested in cooking, to break the malnutrition cycle.

“I was that little girl standing in the free school meal queue. Here I am helping to remove some of those injustices. If I don’t drive this business, we won’t exist.

Who else is going work with these families because nobody else is?”

How has the pandemic impacted your business and local community?

“Without the funding from Key Fund, we would have stumbled along. It allowed us to take that risk and do something we might not have done, because of the timing and not knowing what the funding landscape will be next year. It was absolutely critical. I don’t think we’d be where we are now without it. I really don’t.”

When Peter got constant headaches, his life began to unravel. He ended up having emergency surgery for a benign tumour.

Before, Peter worked as an engineer.

“My ex-wife’s alcoholism came to a head when I was in hospital,” Peter said. “It drove us apart.”

He needed a job with less travel for his health, and trained as a mentor for youth offenders.

Peter’s step-daughter struggled with mental health issues and could no longer take care of her two young boys.

“The children were going to be taken into care, so I said I’d take them. I had to pack in my work.”

After three years, he was given £30 a week for expenses, with no other income. “I was struggling like hell, left penniless. I was in my late forties, with two young boys, isolated.”

He was referred to Lads and Dads, for single fathers, at Family Gateway.

They put Peter on a couple of courses to help him get back to work.

He joined as a support worker, before becoming a Family Entrepreneur.

“Currently, I’m working on a project for young people on the edge of crime.”

Peter finds out the root causes.

“Nine times out of ten, its broken families, mum might be alcohol or drug dependent, so they’re brought up by a single parent or grandparents.”

Peter has now done his Level 5 in Health and Social Care.

“I don’t know what position I’d be in without Family Gateway. They

gave me the incentive to move on. And I get a lot of satisfaction helping people.”

Inspired to find out more?